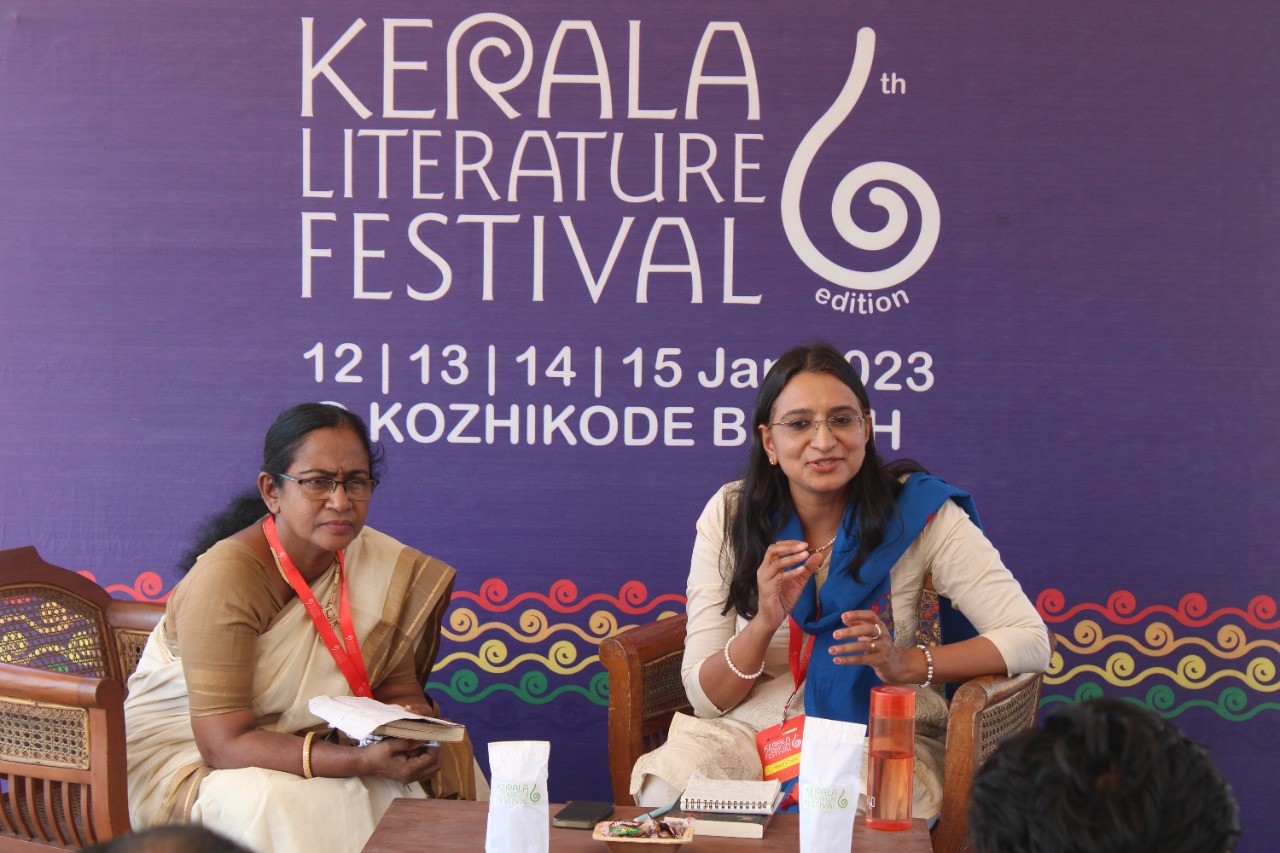 A short session at KLF on the topic `Women and Conflict,` discussed the novel “Aa Nadiyodu Per Chodikkaruth” by Sheela Tomi. The panellists included the author as well as Dr. Mini Prasad.

As Nadiyod Peru Chodikkaruth is a novel by Sheela Tomy that represents conflicts across the globe. In response to the question, “How did the theme of women influence the author while writing the novel?” Sheela replied that whether it is a riot or a natural disaster, the world can see a woman’s suffering. She has also pointed out that a lot of things that have happened in Palestine have influenced her.

The flock of readers is for a great mass of people who are fleeing with no soil under their feet. Sheela Tomy, the author, has done it here by taking the reader to another level. a story of a people who had to flee the land of their birth, who had to become refugees in the land of their birth, and about a group of people who had to suffer the consequences of the Israeli-Palestinian conflict. The story setting is Israel, home to the Muslim, Christian, and Jewish faiths, and is a daunting challenge to tackle. This novel was a journey with Ruth from Padamala through Dubai to Israel. “The banks of that river cannot be scooped out,” says Tomy.

The session also introduced Valli, the writer’s debut novel, as a work of tribal representation that was awarded the Cherukad Award for Malayalam Literature in 2020. The entire session was more like an exhortation to the audience to read the novel.

How Much Liberation Do Men Need? : Kumar Vikram

“If I die, so many characters will die”: Anil Devassy