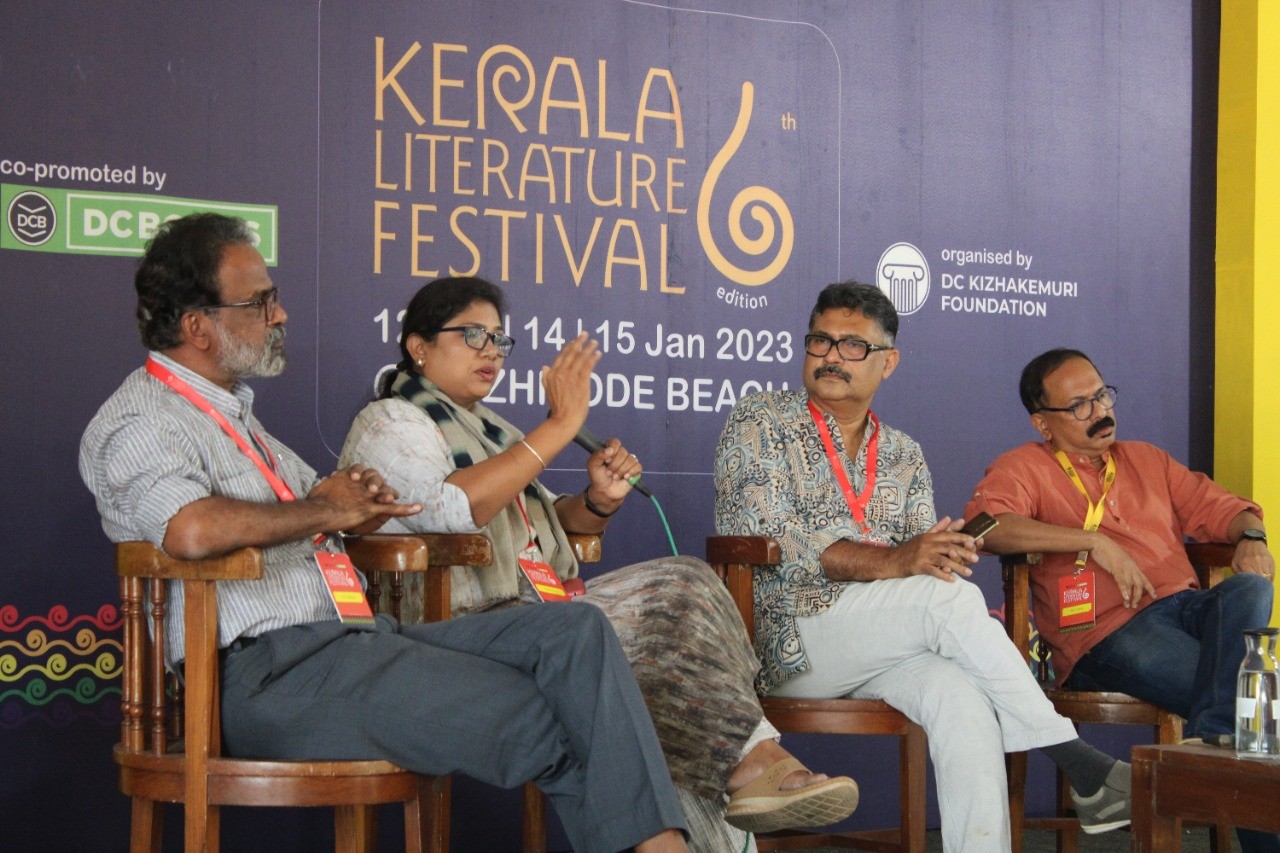 On the fabulous occasion of Kerala Literature Fest, we had another interesting session held at the venue Kadha on the topic, Media and Post-Truth. The moderator began the discussion by describing the importance of truth in the media.
Damodar Prasad commented that the fact is based on evidence and made it clear that modern truth is not based on evidence but is related to human emotions. And it is more prevalent in our society, particularly in the fields of knowledge, science, observations, and so on. He also talked about the political situation. Mr Joshua shared his opinions with interesting examples like the Brexit movement and the victory of Trump in America, which are all examples of post-truth theory. He also talked about how post-truth is related to communication technology, networks, science, the web, etc. Sofia Bind said that we cannot form a public opinion based on an objective fact but rather on “pseudo-facts,” and she also talked about the political manipulation in society. “The truth still exists, and no one can erase it,” he added. The greatest challenge confronting the media today is “truth versus post-truth,” he concluded.
Share