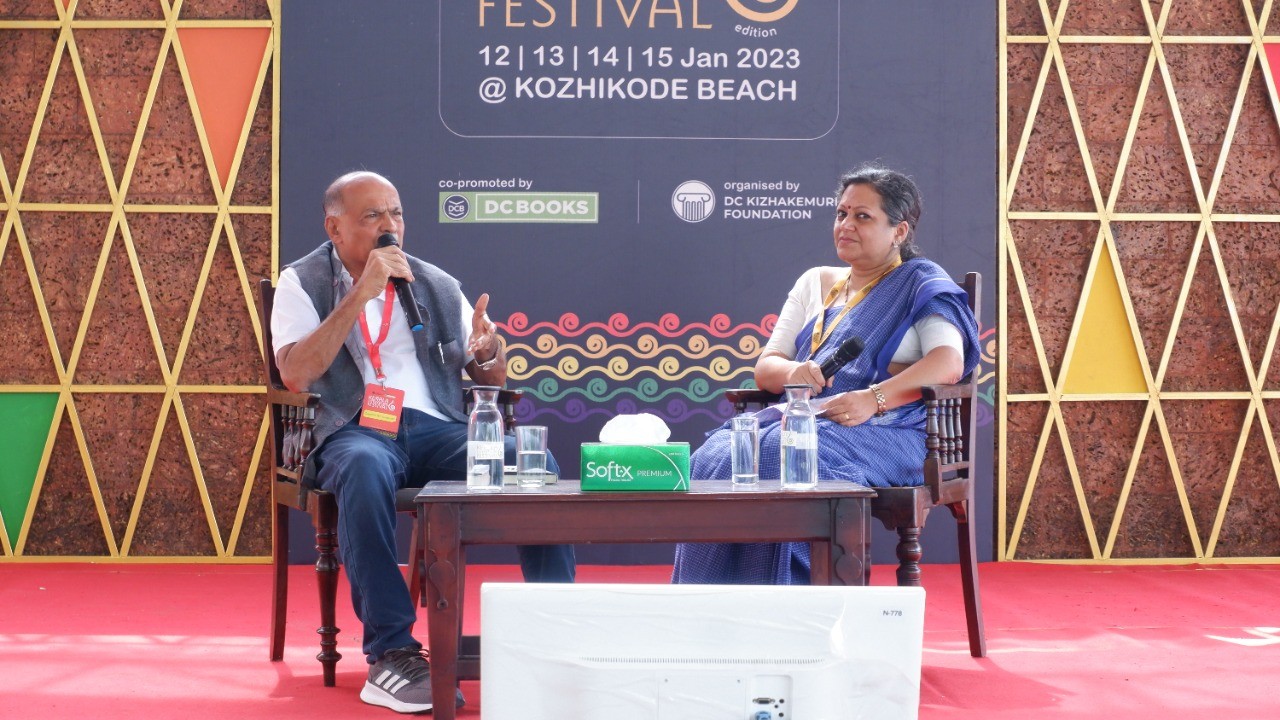 On the third day of the Kerala Literature Festival, a session was held on the topic “Reflection on a Nation Betwixt and Between Capt. G R Gopinath and Priya K Nair.” The heated discussion focused on the speaker’s notion of the nation. The captain opined that he envisions an India where there are no caste, age, gender, or religious differences. He also mentioned the scenario of the nation during the pandemic by mentioning the losses the country had to go through in every sector, including travel and tourism, especially in airlines and railways. The discussion also took a turn into art and its beauty in the light of his works. “Muslims, Hindus, Christians, and immigrants—all are equal,” said the captain. He also stated that there is no life without art, for art brings light to life. “Everything is an art,” he quoted.