The Most Important Political Act is Reading: King Johns 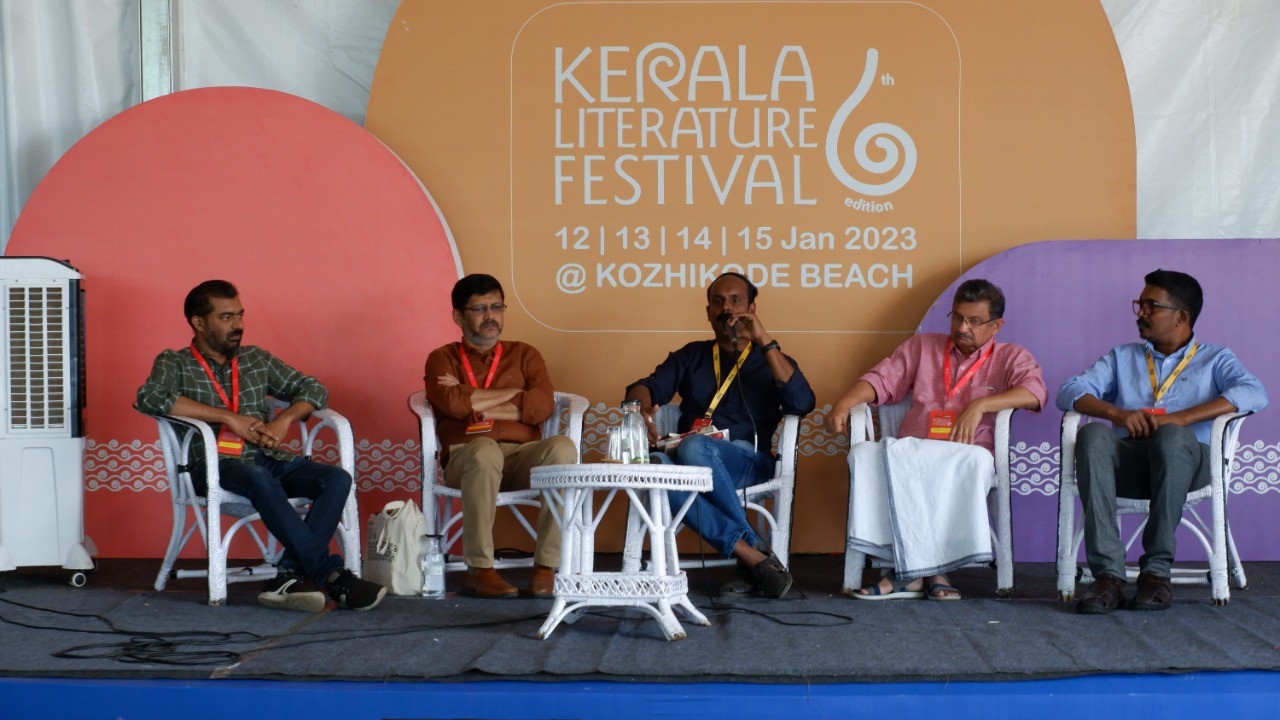 “The circumstances won’t let me write a love story,” Vinod Krishna said while answering the question of V. K. Jobish, moderator of the session “Novalile Rashtreeya Aakhyanangal: Kaattoorkkadavu, Rakthavilasam, 9mm Beretta, Sarkar” in KLF 2023. Krishna observed that writing has become an outlet for self-expression. He described his book as “My Sorrow.” The speaker also talked about the relevance of the title and cover page. On the other hand, King Johns considered the novel a political tool. as well as reading as the most important political act.The discussion of the novel `Sarkar` on the Citizenship Amendment Bill came up in the conversation.

Later the conversation delved into the political relevance of Ashokan Charuvil’s `Kaattoorkkadavu,` Pramod Raman’s `Rakthavilasam,` and King Johns’ `Sarkar.` Authors talked about the source of inspiration, their writing experiences, and challenges during the writing process. Pramod Raman shared the struggles he faced during the novel-writing process. The session opened a space for the exchange of strong political concepts.