The Making of Kerala: Geography, Culture, and Politics 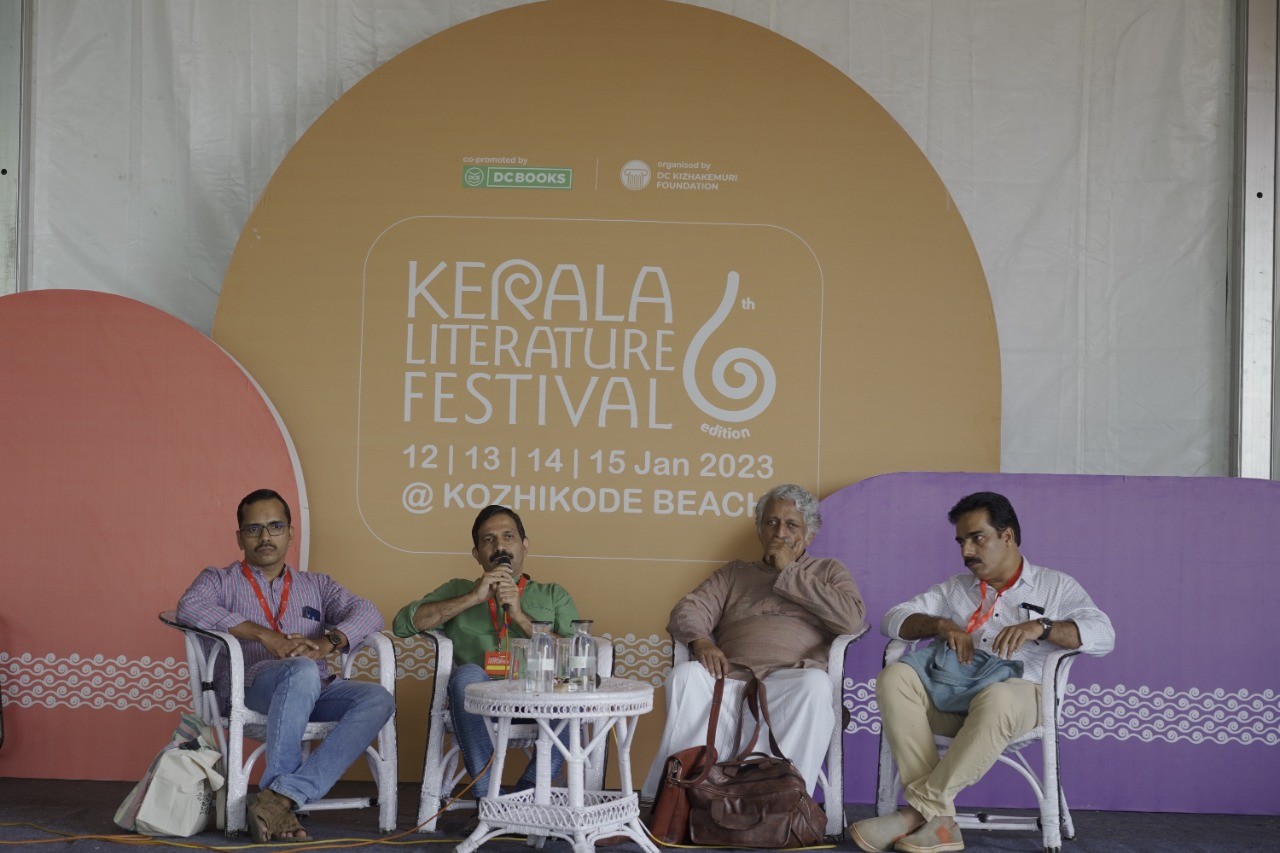 The moderator, V V Haridas, began the session by stating the ancient, middle, and modern histories of Kerala. Ganesh continued by expressing the evolution of Kerala through trade.  Mujib Rahman further discussed the influence of the sea in making Kerala. He stated that Kerala’s history is incomplete without discussing oceanic influence. Kerala has developed as a result of cultural transmission through trade. Roman and Arab trade laid the foundation for making Kerala. He also expressed his views on colonialism’s role in modernising Kerala.

The session concluded with Rajesh talking about the formation of religion in Kerala and colonialism’s role in making modern Kerala.

Enter the Fantastic World of Comics