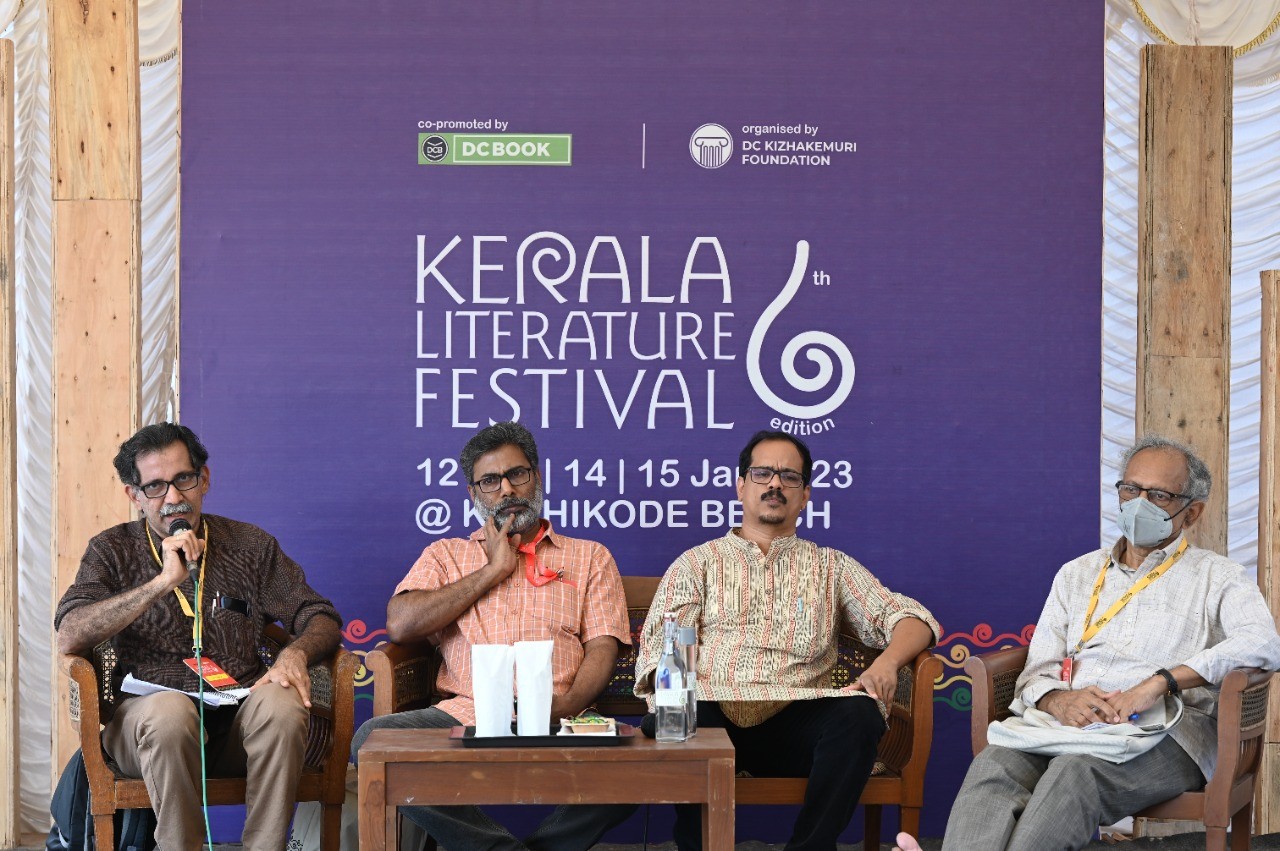 On the third day of KLF 2023, a discussion on “Malayali Naattuvazhakkangalum Samoohika Ulladakkangalum” took place in the presence of academicians Dr. P. Ranjith, K. Gopalankutty, and K. M. Bharatan, as well as moderator Dr. Rajesh Komath. The talk attempts to learn about the oral traditions of Kerala and how they affect society.

Based on his research data, Ranjith observed that oral traditions are fluid in nature. He elaborated with textual evidence on how each community has an oral tradition in contrast to the Savarna mythical traditions. While reflecting on the term `naattuvazhakkangal,` Bharatan observed the term as one that encapsulates sociability. With reference to the local context of Kerala, he said that `naattuvazhakkam` has not stagnated in the past.

Bharatan later presented the survey report conducted among 15 researchers, on the difference between `nattuvazhakkam` and `naattunadapp.` His reading of oral traditions with reference to Antonia Gramsci’s theory of common sense added a broader dimension to the topic. During the interactive session with the audience, Theyyam’s hair costume was also discussed.