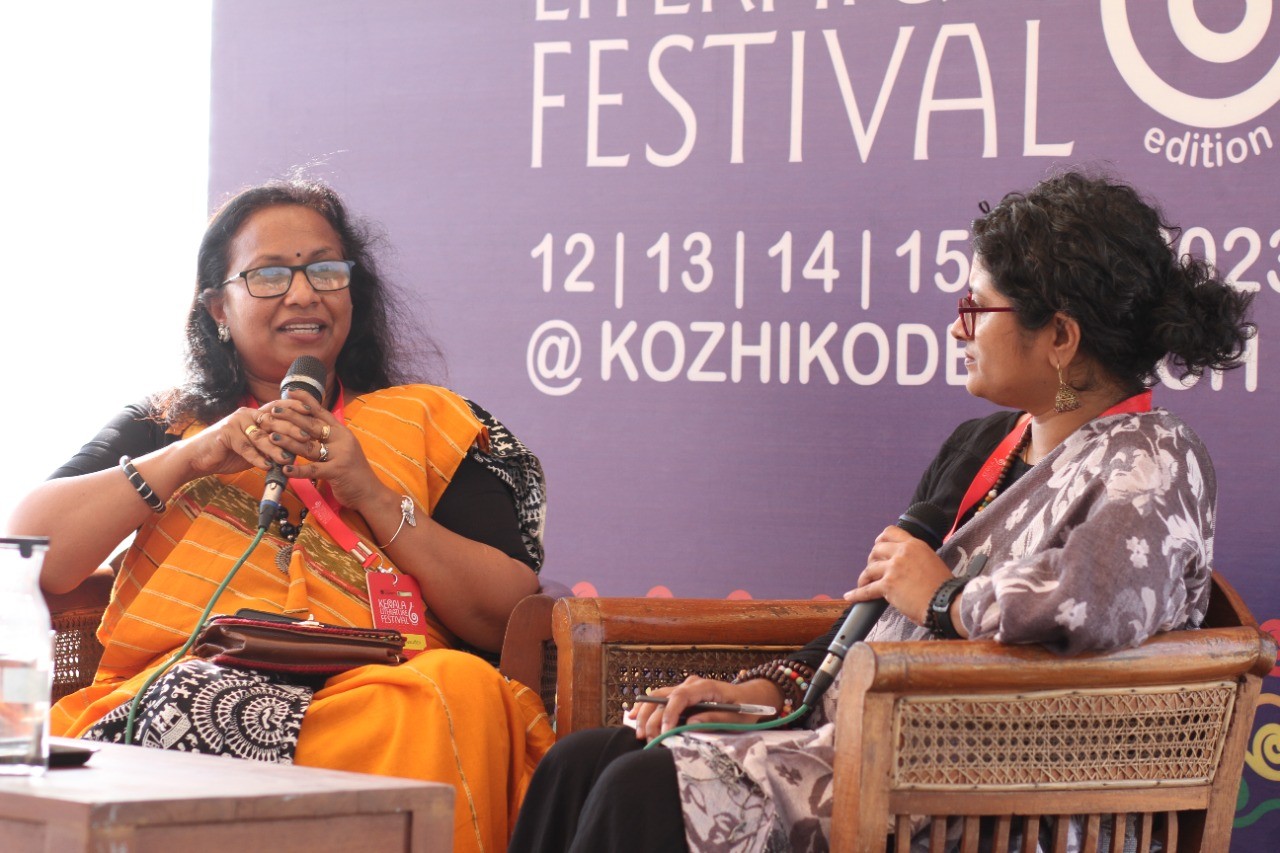 Shabini Vasudev began the session by answering Sreeparvathy’s questions. Shakuni, her book, was asked to be discussed.
Shabini said that it took her 8 years to write it. The novel was meant to reveal another beautiful face of Shakuni, who was tattooed as a negative character in the minds of readers. She said she was afraid of how independent it would make readers. She also added that she was afraid that if it were published as a novel, it would be difficult for fans to get involved.
Share

Craft and Style of Padmarajan’s Works