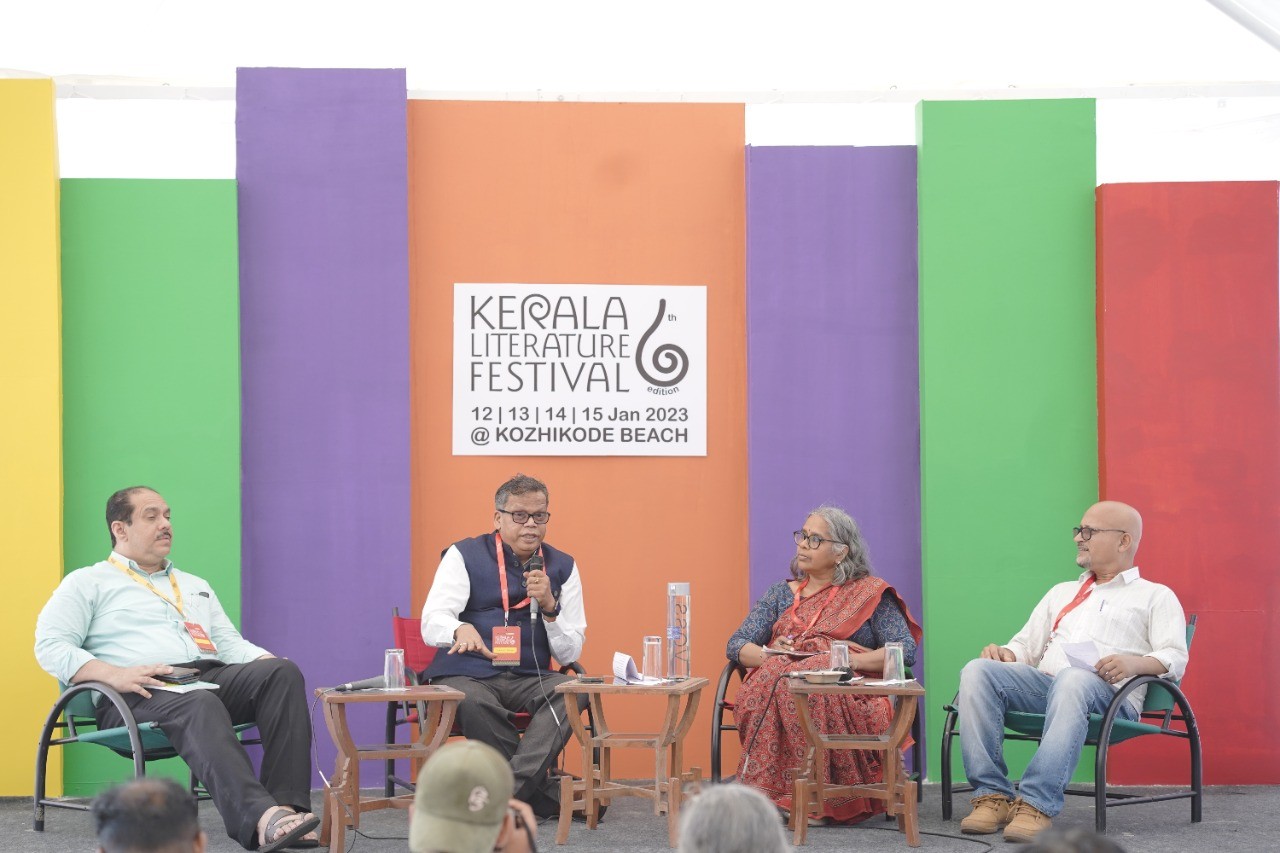 In the most popular session, “Paalangalum, Pathangalum: Keralathinte Pothu Gathaaghatham,” former IPS officer Lokanath Behera, civil servant A P M Mohammed Hanish, engineer and researcher P Ajith Kumar, and moderator C S Meenakshi talked about the history, problems, and solutions of public transportation. In the brief introduction, Behera established the general context of the state and central public transport systems. But amidst all the possibilities of road transport, the reality of Kerala state public transport was brought up when he pointed out the inadequacy of charging ports during his journeys in Kerala.
Hanish, the Principal Secretary of the Department of Education, announced that the Education Department is planning to include traffic awareness in the syllabus. While tracing the influence of transport in literature through the narration of lines from `Sandhesha Kavyam,’ speaker Ajith elucidated that India has become a transport country because of the presence of oceans. He urged people to use water transportation, citing Kerala’s history of water transport. Hanish also suggested a comprehensive transport policy that is inclusive of fuel efficiency, improvement of public transport, carbon emission control, land terrain, and other factors.
Behera said that the significant `accessibility quotient` makes the public transport system in Kerala important. The implementation of public transport is important, but it has to be successful. He believes that it can be made possible in Kerala. Ajith also announced upcoming solar transport projects in Kochi. The speaker-audience interactive session witnessed concerns regarding road transport issues in day-to-day life. Behera replied that people’s constructive criticisms are important, but they should remain positive for a better tomorrow.

The Mastery Behind the Unskippable Ads