Kannada in Indian Literature: Translation and its Possibilities 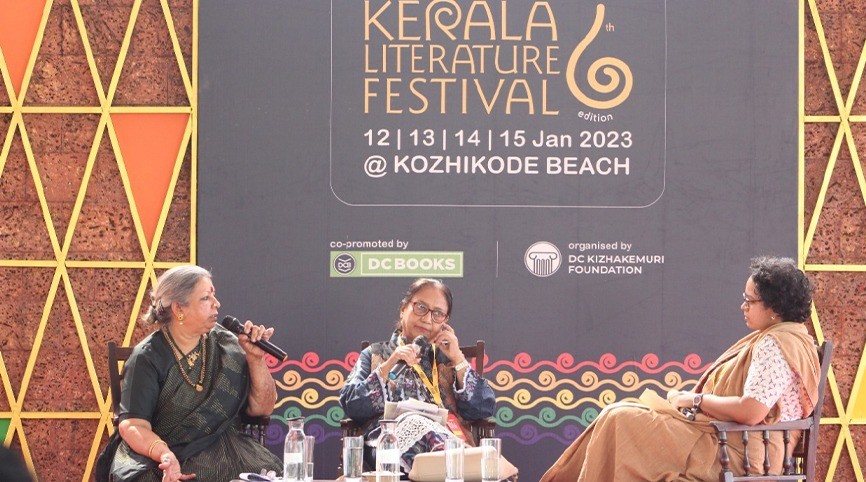 A session held at the Kerala Literature Festival on January 12 glimpsed an inspiring talk by renowned Kannada writer Banu Mushtaq and author and filmmaker Prathiba Nandakumar. The session primarily discussed the importance of translation in Kannada literature, while also predominantly focusing on the necessity of feminist translators in the current era.

`Translation is rather fashionable. It’s in a culture that translation is chiefly seen, not in literature,` quoted Prathibha. She also opined that the weirdness of the Kannada alphabet is a great challenge, but with the advent of technology, it has gotten better. She added that the ultimate aim of translation is to convey what the original work says without losing its essence. There is no opportunity for misconceptions.

Prathiba also says that she has her own rules, according to which anything could be added or deleted from the original text, while Banu Mushtaq added furthermore about the position of Kannada in Indian literature. Positioning the Kannada language as the highest, Banu states that it’s a language that has won 63 Sahithya Academy awards and that the next highest is Bengali literature. When Deepa Bhashti brought to her attention that the number of translations from Kannada to English is comparatively less, Prathibha, in response, made the point that there is a dearth of good translations. The session was concluded by quoting the words of A K Ramanujan that we should begin the act of translation by realising its possibilities.

Even though A. K. Ramanujan laid the foundational stone for Kannada translation, there are still horrible works in existence. Another major issue in translation is remuneration. The translators are not rewarded properly. The royalty given to the translation is 15%, and that itself is a great achievement.

Prathiba seems very pleased to return to Kerala for the third time, as she noted the festival has a considerable audience here. As one of Asia’s biggest literature festivals, the KLF, kicked off on Thursday at Calicut Beach, the people of Calicut are in a hurry to rush to the venue.

DC Kizhakemuri: The Genetics of Publishing