Fun Behind the Lies 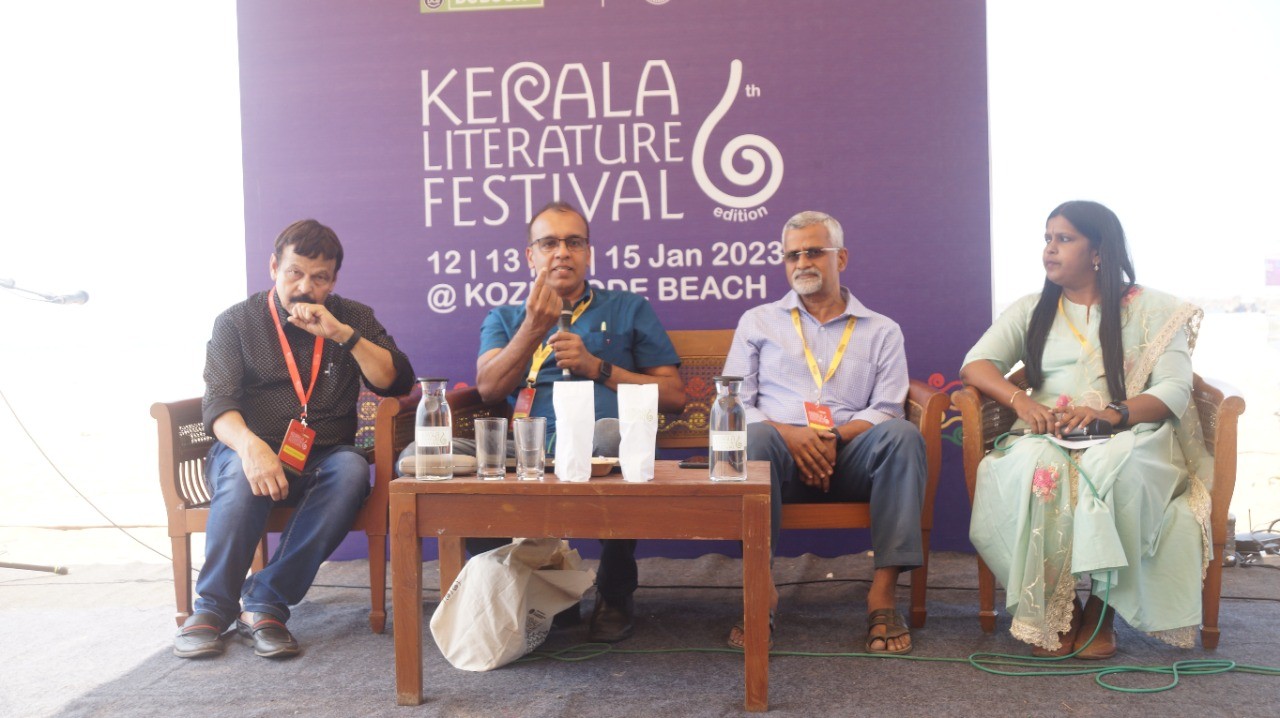 A heated discussion here at the KLF 2023 on chemophobia called for the audience’s attention regarding chemicals and their usage. The session started with an introduction to the two major types of chemicals: natural and synthetic. The panellists of the discussion were Ethiran Kathiravan, Dr. Abby Philips, Dr. KM Sreekumar, and Prof. Kaana M. Sureshan, with Seema Shreelayam as the moderator.

Ethiran Kathiravan opined that people have an inner fear towards chemicals in the medicines and vaccines they consume, while they are not even bothered about the amount of alcohol they consume. Prof. Kaana M. Sureshan stated that there’s nothing in this world that is non-chemical. He added that synthetic chemicals are not the most dangerous, but natural chemicals like Resin are. He expanded on this by saying that chemicals control even human moods. Sreekumar remarked that “life is not a nose that splits when sneezing.” He expressed disagreement with the popular belief that endosulphan was a vital problem for all the genetic diseases in Kasargod. A small percentage of anything cannot affect anyone. He briefly described the raw data he collected from everywhere. “Fear is a great marketing technique,” he said. It’s like a mafia arousing fear among people for personal interests.

The session concluded on a note implying that it is the media that arouses the fear of chemicals, or chemophobia, in people. He also urges the audience to be self-reliant to overcome these fears.

From Public Spaces to My/Our Spaces