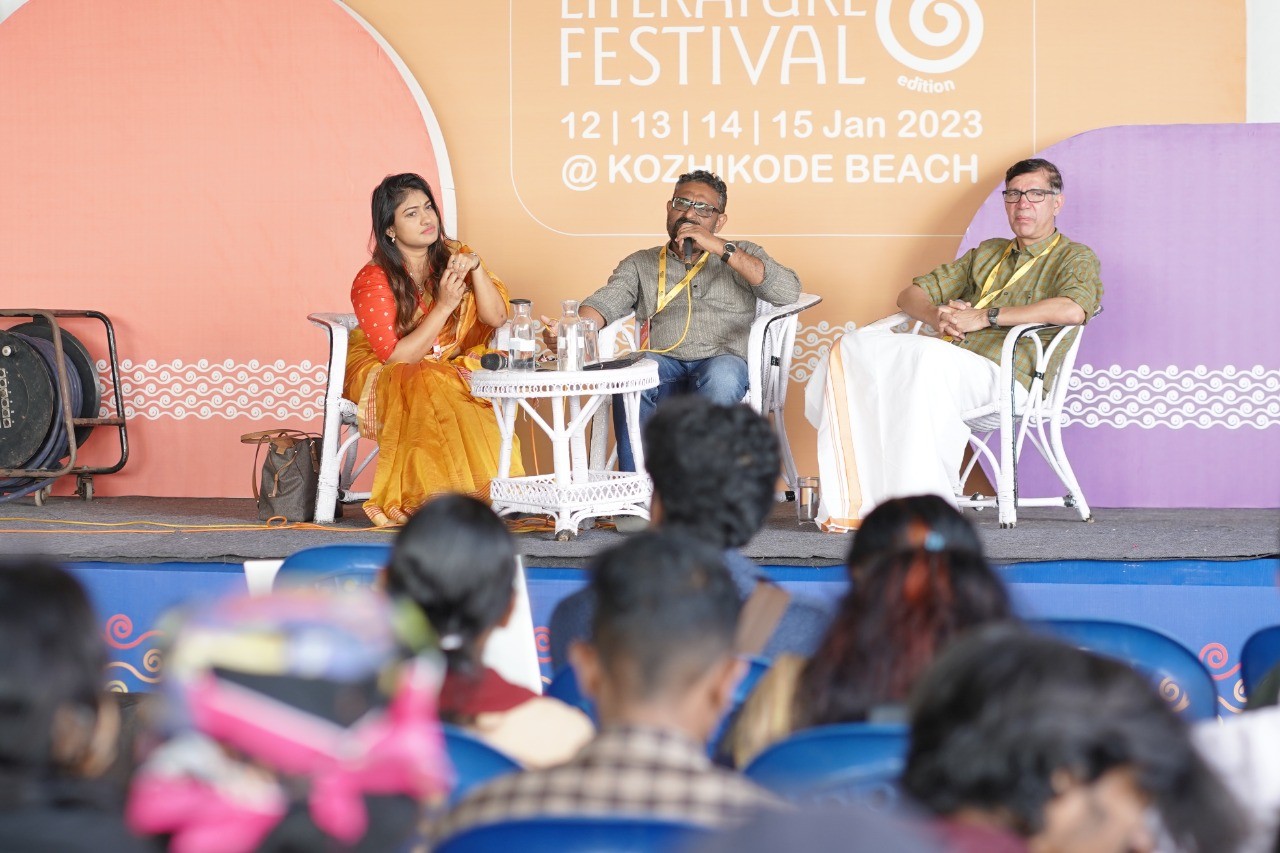 The session dealt with the travel experiences of designer and traveller Thanooraa Swetha Menon, Malayalam author Benyamin, and Dark tourist Saji Markose. Thanooraa Swetha Menon, a solo woman traveller who travelled around 26 countries, shared her travel experiences. “I’m travelling to understand myself outside of my isolations and to speak freely,” she said. “Travel gave me confidence and played a great role in decision-making,” she added. Thanooraa also shared her travel experiences through terrorist areas such as Poonch and Shopian. She stated that anyone can be attacked anywhere they are known, and that Delhi was her most terrifying place to travel alone. Saji Markose, a dark tourist who travelled through 56 countries, expressed his life as a tourist and the experiences he gained along the way. He talked about his travels to Finland and dark tourism. He expressed that, he understood himself as a dark tourist only after Benyamin noticed him. Benyamin concluded the session by saying, “Fear is what we create, and it stops us from traveling.”