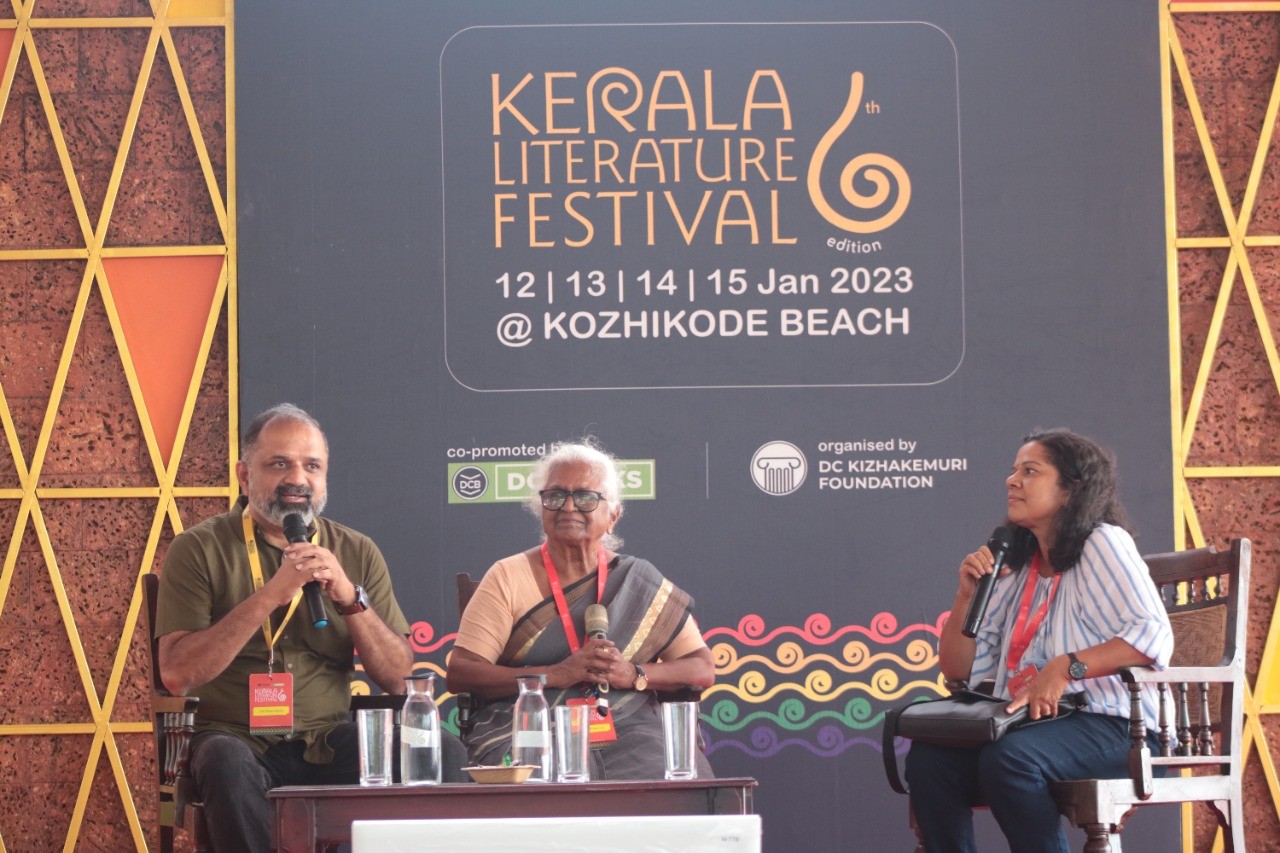 Arputhammal was determined that she would bring her son to Kerala and make him address the Keralites. Thoolika witnessed that historical moment when the mother and son who fought for justice for three decades in the controversial Rajiv Gandhi case showed up for the session. The session, which Anusree moderated, covered the case’s specifics, emotions, sensations, and politics.

Perarivalan recalled his initial experience with the case. Then DIG Radha Vinod Raju started questioning his educational qualifications. The diploma in electronics was enough for the officer to charge him for the case. The questions on LED led to IEDs (Improvised Explosive Device) which in the end led to the conclusion of his involvement in the murder. “It was my background, political ideology, and education that led me there,” says Perarivalan.

The talk then moved to the sensationalism of the case. In this case, both then and now, the media played a significant role. Arputhammal’s decision to stand up for the case to prove her son’s innocence first came from the media. She insisted that she would talk if they published what she said. The media then began to report on the different sides of the case. Even though she is happy for her son, his 31 years are still a wound for her. If it were a normal case, it would be way easier for an innocent to be free. “But in a case like this, an innocent person was sentenced to the death penalty,” adds Ammal.

Perarivalan then added the format of the case—the way TADA cases are handled, where a police FIR is enough for the court to sentence the death penalty. His mother’s defeat was his concern when he was sentenced to death in 1998. But it changed in 2011,  and it was his innocence and fight for justice that made him stronger. He mentioned the irony that it was the MDMA (Multi-Disciplinary Monitoring Agency) who investigated the case and said that he was the one accused and declared a convict. Now it is in the hands of the CBI, and the investigation is still in process. The session ended with Ammal’s words on her joy, her satisfaction for her son, and her decision to fight for the justice of an innocent.