Power of Stories: Awakening the Child Inside 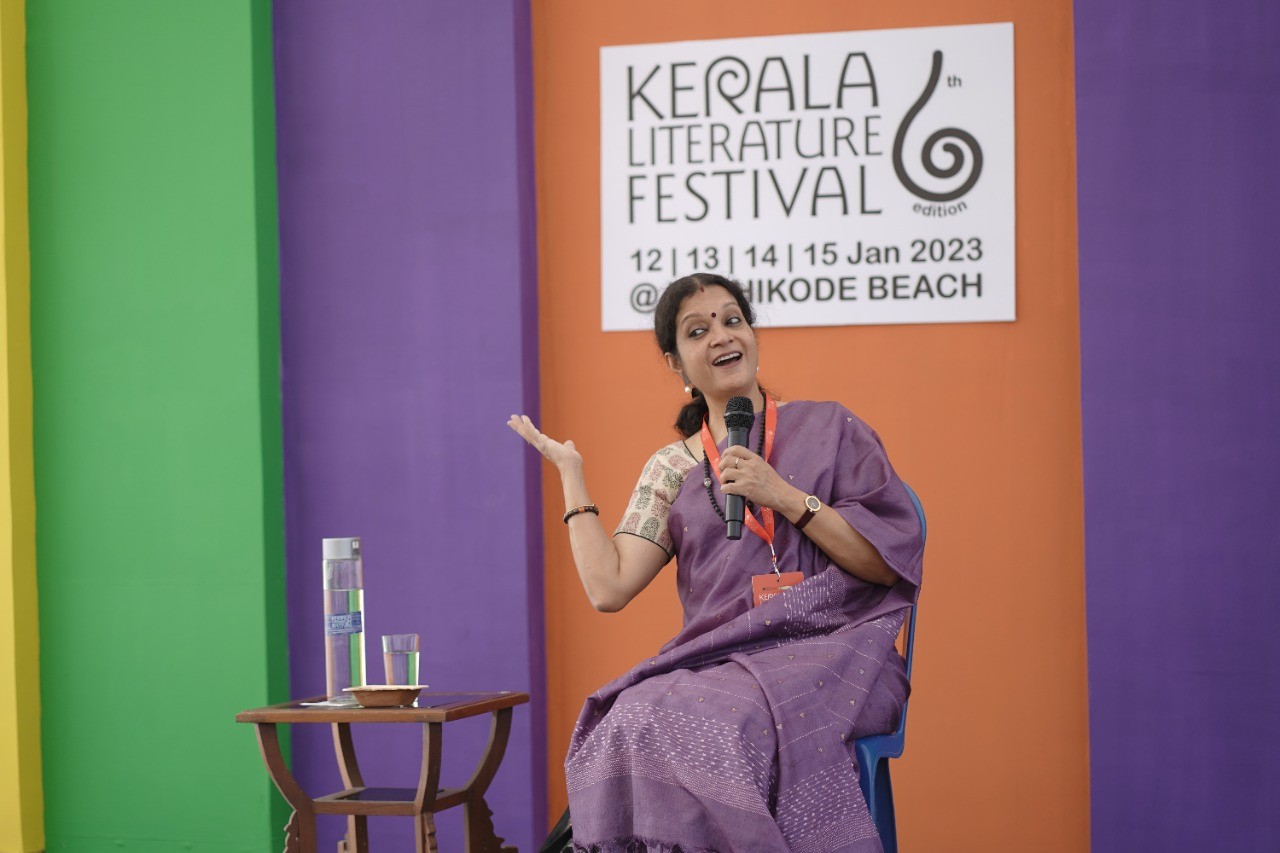 On the second day of KLF, Janaki Sabesh’s session on stage with `Mango` relished the song `Cheche Ghule,` dedicated to the children of the Govt. Medical College Campus present there. `Monkey King`, a story written by Shobha Vishwanath and published by Jathaka Tales, was the first story narrated by Janaki Sabesh. `Monkey on a Fast` by Kaushik Viswanath, published by Karadi Tales, followed as her second story. Janaki Sabesh shared her own written story, `The Jungle Story Telling Festival` published by Tulika. During the session, she recounted the paths of her journey. The distinct interactive style of the author evoked childlike feelings in the listeners. Her narrations elicited a great deal of enthusiasm from the audience.