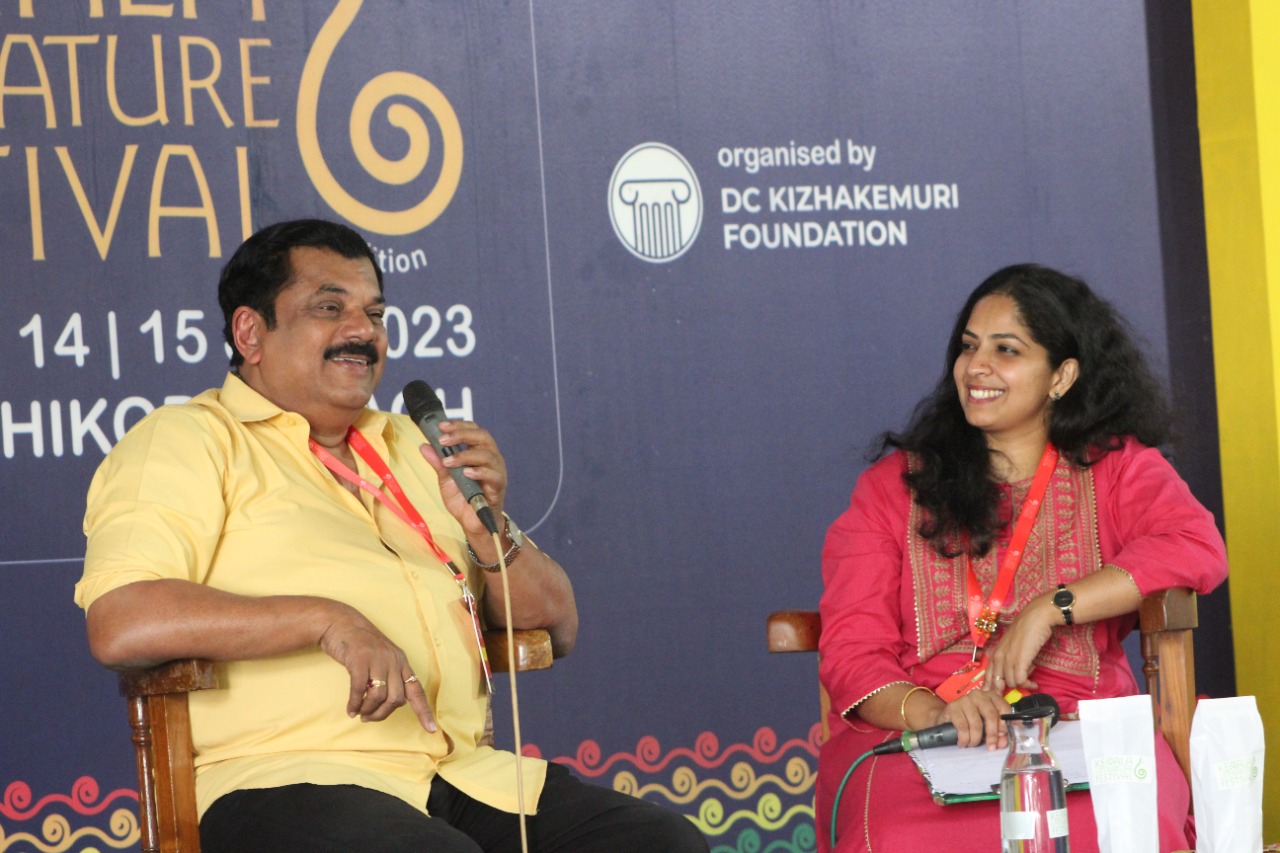 The session began with RJ Priya asking about the experiences of Mukesh writing his very first story. He talked about when his uncle Kambishery told him that his story had no strength but only impulse. He further added that he then went for writing stories and memoirs for a weekly magazine, Vellinakshatram, and speaking of his memoirs, he said: “Story means there should be an introduction, matter, and climax. There should be `Rasa` in every writing.”

He further talked about how he then published four works, including “Mukesh Kathakal,” and how people appreciated them. RJ Priya then inquired whether he was jealous of O. Madhavan, his father, for getting an award and not him. He replied, smiling, that “it was something equal to getting an Oscar for himself.”

The session concluded with an interactive session with the audience.